Welcome to Dakota Fanning Network your best source for everything Dakota Fanning. Here you can find the latest news, photos, multimedia and all that you want to know about her. Please, enjoy your visit and come back soon!
Staff • February 18th, 2022   0 comments

First look of Dakota Fanning at ‘The First Lady’

The first photos have been released for Showtime’s The First Lady.

Showtime’s White House drama will head east to retrace the lives of three memorable women in The First Lady, set for the spring of 2022.

The show’s first season will focus on the personal and political lives of Obama, Ford, and Roosevelt, tracing “their journeys to Washington through an enlightening intimacy,” according to Showtime. 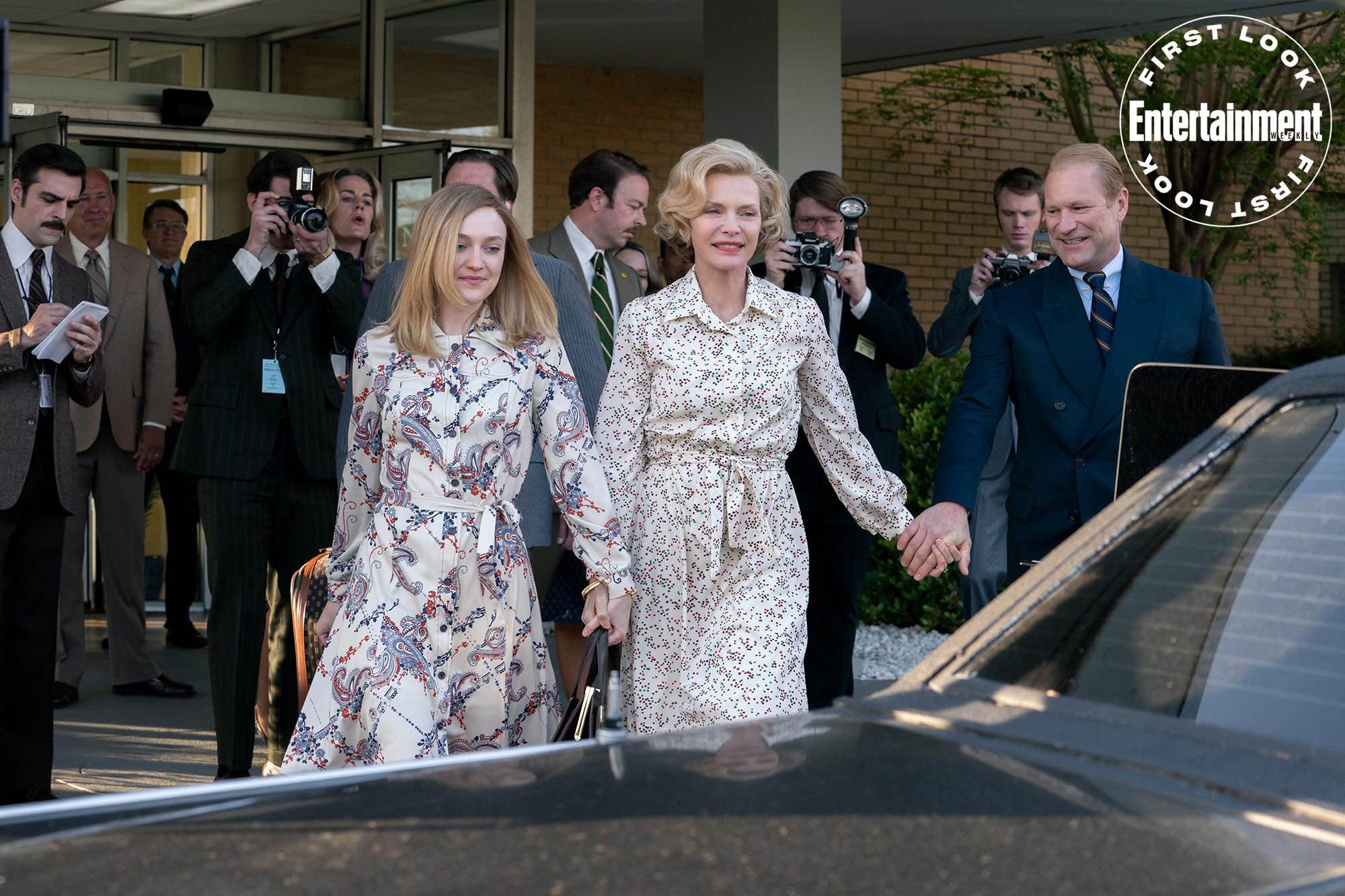 The First Lady, created by Aaron Cooley, is a revelatory reframing of American leadership, told through the lens of the women at the heart of the White House. Season 1 focuses on Eleanor Roosevelt (Anderson), Betty Ford (Pfeiffer) and Michelle Obama (Davis).

Fanning, a series regular who will appear in six episodes, will play Susan Elizabeth Ford, the only daughter and youngest child of President Gerald Ford (Eckhart) and Betty Ford (Pfeiffer). As a teenager in the White House during the tumultuous mid-70’s, she often introduced progressive ideas to the presidential family.

The First Lady reunites Fanning with Michelle Pfeiffer, with whom she co-starred in the 2001 feature I Am Sam. For her performance in the movie, then seven-year-old Fanning became the youngest performer to have been nominated for a SAG Award. She won a Best Young Actor/Actress Critics Choice Award for I Am Sam well as for War of the Worlds.

The First Lady (2022)
In the East Wing of the White House, many of history's most impactful and world-changing decisions have been hidden from view, made by America's charismatic, complex and dynamic first ladies.
News:Photos:IMDB

Visit our photo gallery with over 44.100 photos and growning often!
Link Us

I am in no way affiliated or connected with Dakota Fanning, and this site is in no way official. This is just a fansite, created by a fan. I don't know anything about her personal life except what is on this site. Everything on this site is ©2010-2023 Anne unless other is noted. Do not remove anything without permission. No copyright infringement is ever intended.