Welcome to Dakota Fanning Network your best source for everything Dakota Fanning. Here you can find the latest news, photos, multimedia and all that you want to know about her. Please, enjoy your visit and come back soon!
Staff • November 8th, 2018   0 comments

Dakota Fanning to Star in Immigrant Drama ‘Sweetness in the Belly’

Dakota Fanning is starring in the immigrant drama “Sweetness in the Belly,” which has begun shooting in Ireland and will continue in Ethiopia.

Zeresenay Berhane Mehari is directing from a script by Laura Phillips, adapted from Camilla Gibb’s bestselling novel that explores an immigrant’s life from the unique perspective of being orphaned in Africa as a child, escaping to England as a refugee, embracing the immigrant community in London, and attempting to reunite people with their scattered families — while dealing with a passionate lost love affair with a doctor.

Other cast members include Wunmi Mosaku and Kunal Nayyar (“The Big Bang Theory”). The project was unveiled at the 2017 Berlin Film Festival with Saoirse Ronan initially attached.

Berhane Mehari’s first feature film, “Difret,” was executive produced by Angelina Jolie and won the audience awards at the 2014 Sundance Film Festival and in the panorama section of the Berlin Film Festival.

“Sweetness in the Belly” was developed by Sienna Films, and is produced by Jennifer Kawaja and Julia Sereny of Sienna Films with Alan Moloney and Susan Mullen of Parallel Films. Mehret Mandefro and Adrian Sturges are executive producers, along with Laura Bickford and Fiona Druckenmiller.

HanWay Films is handling worldwide sales and distribution, and is selling “Sweetness in the Belly” at the American Film Market. Entertainment One will distribute the movie in Canada. The movie is produced with the support of Telefilm Canada, Screen Ireland, the Ontario Media Development Corporation, and Eurimages.

HanWay Films’ Gabrielle Stewart said, “We have always loved this moving fish-out-water story which connects us to a young refugee’s experience in London when escaping her war-torn home. The spin of this refugee originally being British and Caucasian, yet raised Muslim in Africa, makes this perspective incredibly fresh and timely. We are all thrilled to have caught Dakota Fanning at a really exciting point in her career.”

Fanning appeared in “Ocean’s 8” and in TNT’s “The Alienist.” She will portray Charles Manson follower Squeaky Fromme in the Quentin Tarantino pic “Once Upon a Time in Hollywood.”

Sweetness in the Belly Upcoming Projects

The gallery has been updated with captures of Dakota Fanning from Episode 3 of The Alienist. Go there and enjoy!

Dakota Fanning celebrates International Day of the Girl on October 11, 2018 in Los Angeles. You can go to the gallery to take a look to the photos.

Gallery Links:
2018 Appearances & Events > Save The Children Celebrates International Day Of The Girl In Los Angeles

The gallery has been updated with captures of Dakota Fanning from Episodes 1 & 2 of The Alienist. Go there and enjoy!

I have added a lot of new photoshoots of Dakota Fanning from 2018 to the gallery. Go there and enjoy the great photos.

If you like the updates and want to help this site to keep alive and get all the stuff, please, feel free to go here to donate. Every little bit helps.

Past August, Dakota covered Dujour Magazine. Now, I have added the scans to the gallery.

Also, would like to ask, if you have scans of Dakota that are not in the gallery and you want to share, please, feel free to send me these ones. Thanks 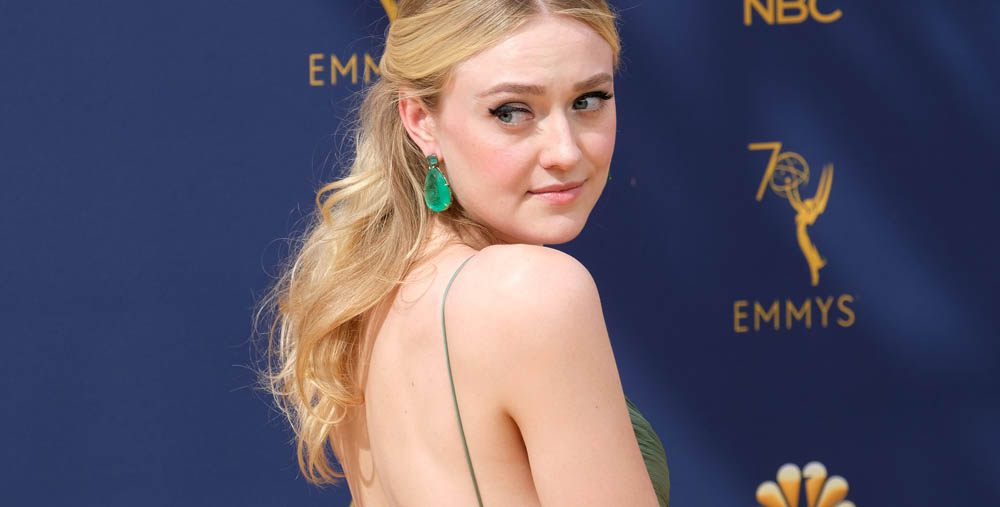 Dakota Fanning attends the 70th Emmy Awards at Microsoft Theater on September 17, 2018 in Los Angeles. You can go to the gallery to take a look to the photos. She looks beautiful!

If you like the updates and want to help this site to keep alive and get everything, please, feel free to go here to donate. Every little bit helps.

First of all, I am so sorry for don’t update before. It was not my best summer and didn’t have the time to update often.

Well, I would like to let you know that you can save our new url for the site dakota-fanning.com because it is going to be the main domain. Don’t forget this.

And I have added the latest photos of Dakota Fanning to the gallery. More are coming soon.

I have added the scan of Dakota Fanning for W Magazine, August 2018 issue. Go to the gallery to enjoy!

The First Lady (2022)
In the East Wing of the White House, many of history's most impactful and world-changing decisions have been hidden from view, made by America's charismatic, complex and dynamic first ladies.
News:Photos:IMDB

Visit our photo gallery with over 44.100 photos and growning often!
Link Us

I am in no way affiliated or connected with Dakota Fanning, and this site is in no way official. This is just a fansite, created by a fan. I don't know anything about her personal life except what is on this site. Everything on this site is ©2010-2023 Anne unless other is noted. Do not remove anything without permission. No copyright infringement is ever intended.