Welcome to Dakota Fanning Network your best source for everything Dakota Fanning. Here you can find the latest news, photos, multimedia and all that you want to know about her. Please, enjoy your visit and come back soon!
Staff • June 1st, 2018   0 comments

Some new photos of Dakota Fanning have been added to the gallery.

Dakota Fanning attends DuJour’s Annual Memorial Day Kick-Off Party TO Toast Summer Cover Star Dakota Fanning on May 26, 2018 in Montauk, New York. You can go to the gallery to enjoy the photos.

Dakota Fanning at The Alienist – Los Angeles For Your Consideration Event

Dakota Fanning attends The Alienist – Los Angeles For Your Consideration Event at Wallis Annenberg Center for the Performing Arts on May 23, 2018 in Beverly Hills. You can go to the gallery to take a look to the photos.

Dakota Fanning at the Turner Upfront 2018

Dakota Fanning attends the Turner Upfront 2018 at The Theater at Madison Square Garden on May 16, 2018 in New York City. You can go to the gallery to take a look to the photos. 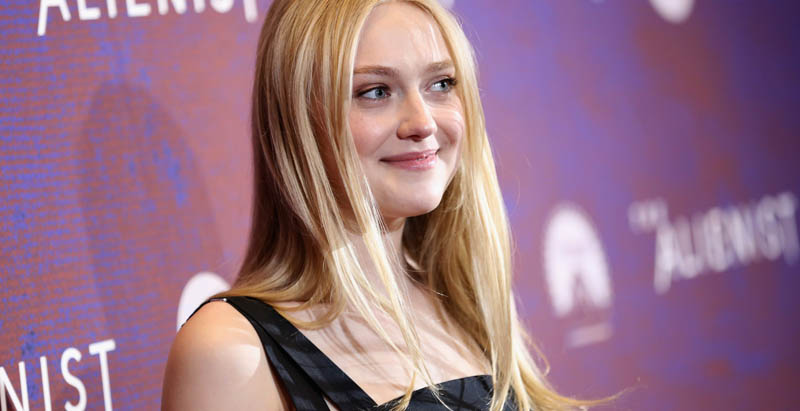 Dakota Fanning at the Emmy For Your Consideration – “The Alienist”

Dakota Fanning attends the Emmy For Your Consideration – ‘The Alienist’ at 92nd Street Y on May 15, 2018 in New York City. Please, credit this site if you take the photos.

Gallery Links:
2018 Appearances & Events > Emmy For Your Consideration – “The Alienist”

Dakota Fanning attends the Heavenly Bodies: Fashion & The Catholic Imagination Costume Institute Gala at The Metropolitan Museum of Art on May 7, 2018 in New York City. You can go to the gallery to take a look to the photos.

Dakota Fanning attends the Prada Resort 2019 fashion show on May 4, 2018 in New York City. You can go to the gallery to take a look to the photos.

A few new photos of Dakota Fanning have been added to the gallery.

Variety and PBS SoCal KOCE have announced the lineup for the eighth season of “Variety Studio: Actors on Actors.”

The Emmy Award-winning series will air in two episodes on PBS SoCal KOCE, the first on Tuesday, June 19 at 7 p.m. and the second on Thursday, June 21 at 7 p.m. Both episodes will stream on pbssocal.org following their premieres.

“There’s no better way to celebrate another groundbreaking season of television than with our ‘Actors on Actors’ franchise,” said Debra Birnbaum, Variety’s executive TV editor. “We’re proud to shine a light on this year’s most remarkable performances with this series of revealing, one-on-one conversations. And we’re thrilled as always to partner with PBS SoCal to share this content with their audience.”

Variety’s “Actors on Actors” issue will hit newsstands June 5 with clips appearing on Variety.com starting at the beginning of June. On Variety and Variety.com, this year’s Actors on Actors will be presented by Shutterstock.

“Southern California’s creative industry inspires and excites our PBS audiences like few others. And this season of ‘Actors on Actors’ is sure to please, with compelling conversations between some of today’s most popular protagonists,” said Andrew Russell, president and CEO of PBS SoCal. “It’s terrific to team with Variety to produce and share ‘Variety Studio: Actors on Actors.’” [Source]

Dakota Fanning just attended The Alienist panel during Netflix ‘See What’s Next’ event at Villa Miani on April 18, 2018 in Rome. I have added a few photos to the gallery and hope to find more soon. Please, credit this site if you take the pics.

The First Lady (2021)
In the East Wing of the White House, many of history's most impactful and world-changing decisions have been hidden from view, made by America's charismatic, complex and dynamic first ladies.
News:Photos:IMDB

The Bell Jar (202?)
A young woman finds her life spiraling out of control as she struggles with mental illness.
News:Photos:IMDB
Partners

Visit our photo gallery with over 41.300 photos and growning often!
Link Us

I am in no way affiliated or connected with Dakota Fanning, and this site is in no way official. This is just a fansite, created by a fan. I don't know anything about her personal life except what is on this site. Everything on this site is ©2010-2021 Anne unless other is noted. Do not remove anything without permission. No copyright infringement is ever intended.